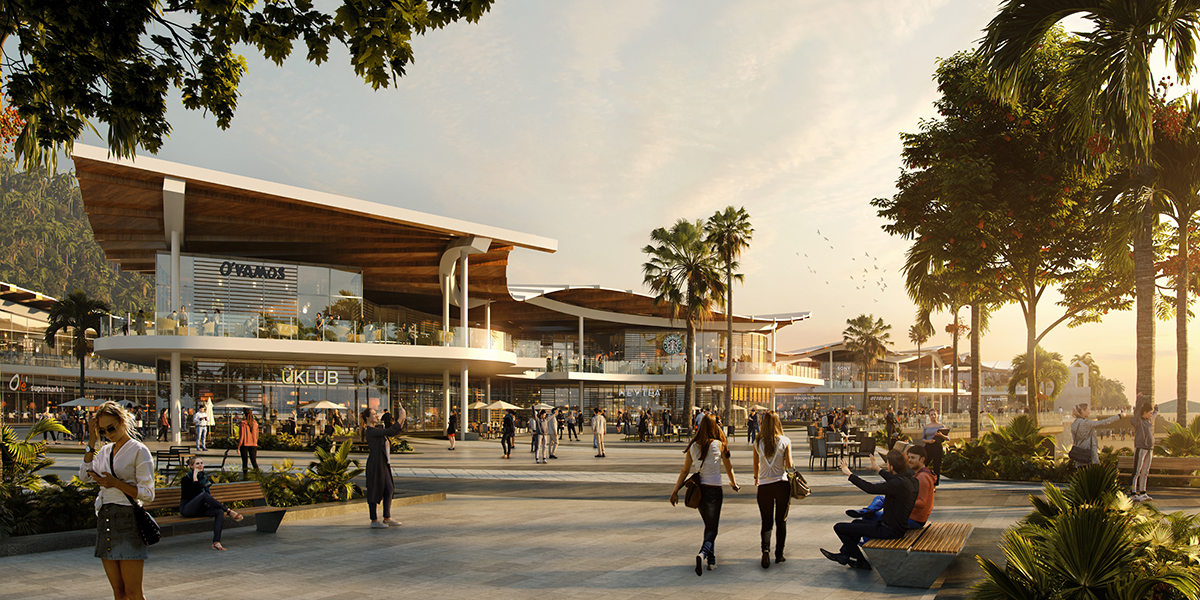 Built in 2006, Shimao Festival City is a modern monument of Shanghai. Comprising retail, hotel and office space, it is located at the top of Shanghai’s famous East Nanjing Road shopping street, with views across nearby People’s Square. But despite its prime location the mall had fast become overlooked by residents in favor of venues more clearly aligned with their contemporary city lifestyle. Kokaistudios was tasked with upgrading the pre-existing retail component of Shimao Festival City. By reconfiguring circulation both inside and outside the facility, identifying clear pathways according to visitor type, and creating openness and space, since renovations concluded in November 2018, the mall has helped reinvigorate a prime corner of Shanghai real estate. In doing so, it has placed the mall firmly on the radar of both residents as well as tourists, reconnecting it to the city. concept is a theater and the renovation centers on visitor flow of three “roles” of users: tourists, audience and actors, with areas of the mall imagined as the foyer, auditorium, and backstage of a theater. Starting from outside, an external ‘red carpet’ guides visitors along a sky escalator extending from Nanjing Dong Lu to a third-floor balcony and podium entrance space. From here, visitors may access a second external escalator, taking them to another covered balcony on the fifth floor. Tourists: Created primarily with tourists in mind, the red carpet guides visitors on an experiential journey. Effectively circumnavigating the mall proper, the “red carpet” offers impressive views across East Nanjing Road and People’s Square; they reinstate an original intention of the architecture itself, particularly with regard to its diagonal axis. It also sees the mall’s functionality expand to that of tourist attraction, reestablishing Shimao Festival City as a public space for enjoying all facets of Shanghai life – not just shopping.