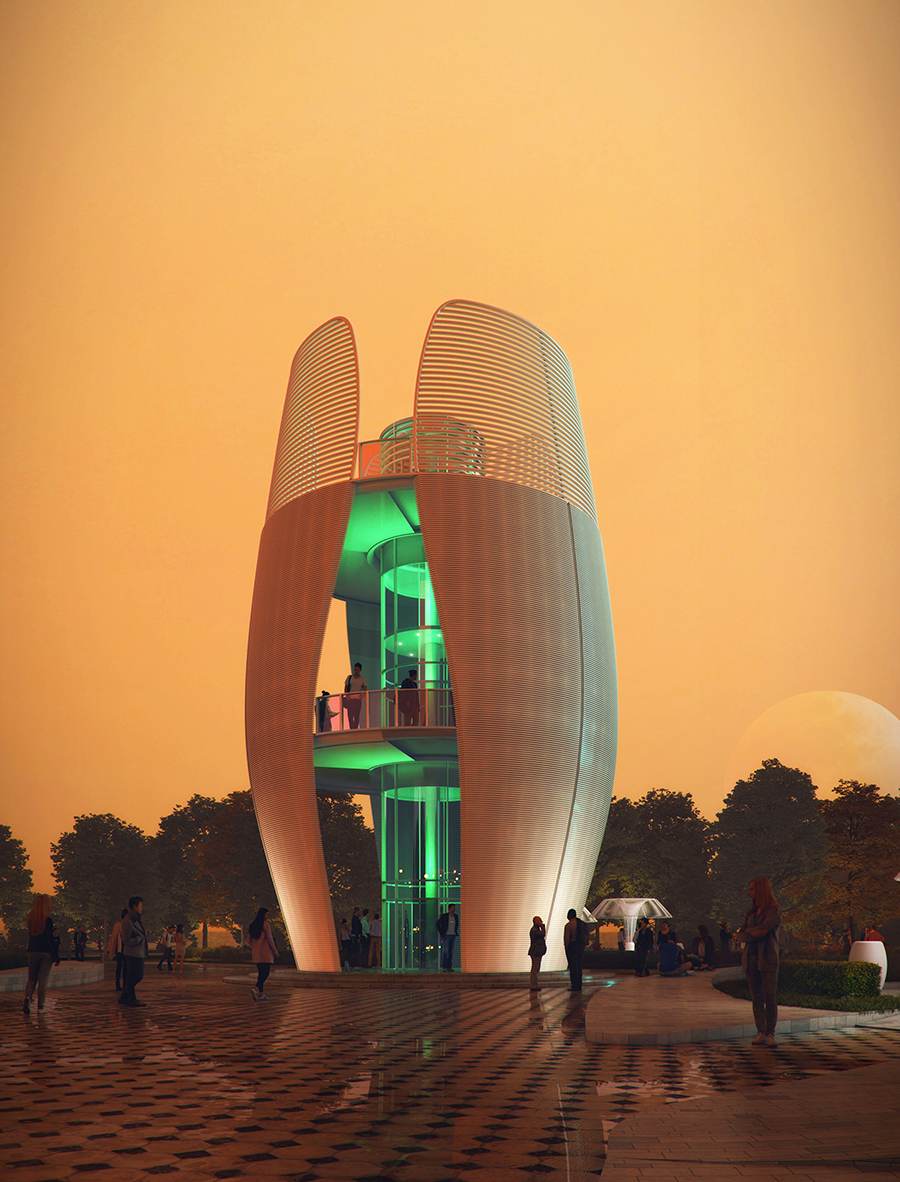 Project name: Hebei Competition ProjectProject Country: China This is a competition project of park. We were quite excited when we got the project. Not only because the design but they are SOM The first image is the sunset view that we suggest to the client. We think the park should have a warm atmosphere. Park is a place to rest, walk, and relax. Watching the sunset, it represents the end of the day, bring a camera, and enjoy the free time in the end of a day. In the second one, the client wanted to show the facade, that’s why we suggest this camera angle to client. We used a close-up angle to express the building materials and the design structure of the building itself. In addition, the shadows of the nearby trees and the white facade is a strong contrast between light and dark, which complements the blue of the sky to highlight the building itself with purest whiteness. We want to show another aspect of the building and the function of the building itself, the light performance of the building itself. Fluorescent green with orange and yellow is a great match, and it can also reflect the sense of technology of the building itself, which is different from other parks.